You are here: / News & Events / Blog / What is Chemiluminescent immunoassay?

What is Chemiluminescent immunoassay? 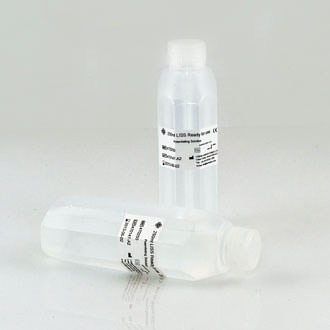 Chemiluminescent immunoassay is a variation of the standard enzyme immunoassay (EIA), which is a biochemical technique used in immunology. They can also be used as diagnosis tools in medicine, as well as being in used in several other different industries for various applications.

How does Chemiluminescent Immunoassay work?

During EIA the process uses enzyme labeled antibodies and antigens to detect the small biological molecules required. The technique makes use of the basic immunology concept that an antigen binds a specific antibody. Such antigen molecules, which can be identified in a fluid sample, include molecules such as peptides, hormones and proteins. The enzymes used in chemiluminescent microparticle immunoassay convert a substrate to a reaction product, which emits a photon of light instead of developing a particular colour. Luminescence means that light is emitted by a substance when it returns from an excited state to a ground state.

There are different types of luminescence and the various forms differ in the way that they achieve the excited state. For chemiluminescence it is light produced by a chemical reaction. This chemiluminescent substance can be excited by an oxidation reaction forming an intermediate. It is when this immediate return to a stable ground state happens, that a photon is released and this is detected by the luminescent signal instrument. The particular luminescence indicates the presence of the antigen. The amount of the particular biological molecule, which is being looked for and is present in the sample, is based on the luminescence observed. There are different types of substrate that are used for chemiluminescence, with the most popular types being luminol or its derivatives.

The benefits of chemiluminescence immunoassay

There are benefits of using chemiluminescence rather other types of immunoassay, including using fluorescence detection or a light absorption method, such as the fact that this technique is ultra-sensitive and can detect small amounts of the biological molecule. In addition to this, it has a wider dynamic range, as well as having a linear relationship between luminous intensity and the concentration of the measured substance. These chemiluminescent reactions can also be enhanced with an enhancer, which acts as an enzyme protector and allows the reaction to occur for a longer period of time without a large reduction in the light output. The enhanced reaction gives an intense light emission for a prolonged period of time, as well as the substrate only needing to be added minutes before detection.

Get started with chemiluminescence in enzymes and microparticles at Lorne Labs and view the Enzymes and Biochemicals range or alternatively, e-mail us at Lorne Labs HQ for more information.